I have been working with Create Sheffield since early June 2021, as an intern from the University of Sheffield’s Transforming and Activating Places (TAP) programme. I have been working with another student, Chloe, during this time to bring the people of Sheffield the new Adventure From My World To Yours. Prior to working with Create Sheffield, Chloe and I had no experience in writing an Adventure, this is our attempt at detailing our creative thought processes over the duration of the internship we have undertaken. 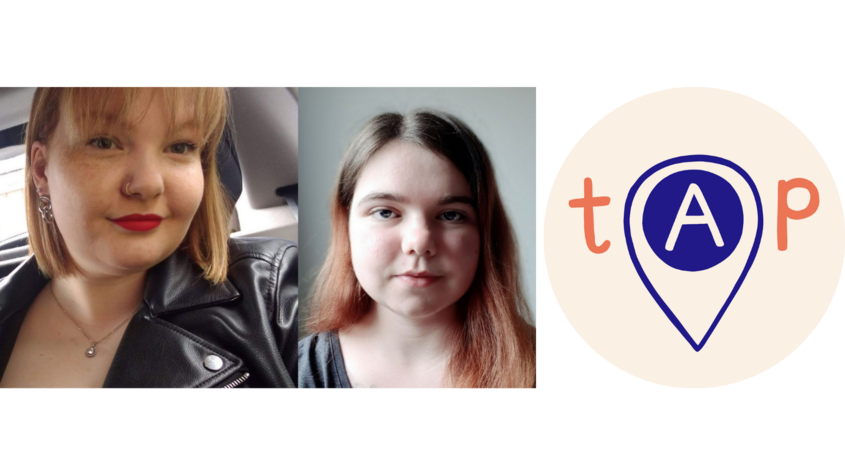 My previous experiences with place had not always been the most positive, especially as a person with a disability. I had been told time and again that the best thing to do was accept that this was the way the world worked, and to get used to it.

Prior to becoming involved in the Transforming and Activating Places programme, I had no idea what placemaking was. My previous experiences with place had not always been the most positive, especially as a person with a disability. I had been told time and again that the best thing to do was accept that this was the way the world worked, and to get used to it. After joining the TAP programme, I was excited because it was marketed to me as a way of making a place for all members of the community to join in, it was not exclusive of any social group. Sheffield, as a city, has done a lot to foster my personal development and improve my quality of life. For that, I especially wanted to pay forward that kindness and give something back to the community that had a helping hand in shaping me into the person I am becoming today.

Transforming and Activating Places wanted to work with students from backgrounds that are traditionally underrepresented in the higher education sector to explore the theme of placemaking, and how students from universities can work with partners in the local community to create places in the community, for the community. Through the TAP programme, we were offered the chance to work with Create Sheffield in helping to redesign one of their pre-existing Adventures, but more on that later!

My personal interpretation, combined with the experience I’ve gained through working with Create Sheffield, have led me to believe that it is not only the end product that comprises ‘placemaking’. It is the journey to the product itself, the active collaboration with the community and the reimagining of the local area.

By this point, you’re probably wondering what placemaking is. The definition of placemaking itself is actually a work in progress. Different creative and critical scholars interpret placemaking in various ways. However, as stated in the Transforming and Activating Places introduction document, “by placemaking we very broadly mean the planning, design, reinvention and enrichment of public and private indoor and outdoor spaces. The places where we live, work and play.” This is, perhaps, the clearest definition that I can offer in this space. My personal interpretation, combined with the experience I’ve gained through working with Create Sheffield, have led me to believe that it is not only the end product that comprises ‘placemaking’. It is the journey to the product itself, the active collaboration with the community and the reimagining of the local area, to name a few examples. This is something that we wanted to bring to life with our Adventure, that sense of placemaking as a journey.

My belief is that a lot of people, whether they consciously realise it or not, already have some form of experience with placemaking. This can take place across many formats. For example, during the initial lockdowns of the coronavirus pandemic, Nintendo released Animal Crossing: New Horizons. This proved to be immensely popular with gamers the world over and incorporates a sense of placemaking as you are physically in charge of designing your own local area on a remote island you now call home. But that isn’t the only example. Some people can find their ‘place’ in art, in TV and film and in literature. If there isn’t a space where you, as an individual, are represented, then it is up to you to create that place. This brings us onto the Adventure we’ve worked hard to create for you!

There was a key ingredient in all of these activities that initially sparked the foundations of what eventually became From My World To Yours: imagination.

One of the key things that personally inspired me with the brief we were given is how could we take this to the Children’s Hospital? This was a place where I spent a large portion of my childhood, miles away from home, unable to leave or do much independently. The coronavirus pandemic offered a new perspective – for the first time, the population of the UK had to stay home. Isolation from the outside world was not a new experience, but it was an unwelcome reminder of some of the operations I’d previously experienced.

We were encouraged to be creative whilst we were in the hospital, drawing, colouring, and writing were among some of the activities on offer to us, when we were feeling well enough to partake. There was a key ingredient in all of these activities that initially sparked the foundations of what eventually became From My World To Yours: imagination. When you cannot venture outside, whatever the reason, your surroundings become your new world. My aim with this Adventure was to reduce any anxiety that patients at the hospital and their families may feel – after all, humanity likes the outdoors for the most part!

After days of initial discussions, Chloe and I finally settled on a rough outline for our Adventure. Our personal experiences aided us greatly in designing the Adventure that is on the website now! Where I had a lot of experience with hospitals and the isolation from the outside world that they encompass, Chloe was very much an outsider looking into this unfamiliar world. This sparked the idea of bringing together the ‘indoor’ and ‘outdoor’ communities and facilitating some form of exchange between the two. We aimed to bridge the gap between the two communities, to make the ‘indoor’ space feel less isolating, and to show the ‘outside’ community that there truly is a human element to these locations within the city, they shouldn’t be feared simply because they were mostly unknown.

Enter From My World to Yours. The Adventure itself was written with some input from a Beat the Street brief which we were also given at the same time – to get the people of Sheffield exploring their local area. This was a treat for us as it gave us the best foundation for creating our Adventure. We wanted to give children and families in both communities the chance to explore using their imaginations.

The first step was creating a series of prompts – the inspiration for these came largely, as we eventually discovered, from popular TV shows and films from our own childhoods! Shows like Spongebob Squarepants and Mr Benn gave us some of the best inspiration imaginable – as well as being an excellent excuse to revisit these shows (not that anyone should ever have to come up with an excuse). These prompts are designed to stimulate the imagination, as we realise that not everyone lives inside a world of their own design in their heads! You can use these for inspiration, or even imagine something more wonderful.

To facilitate the exchange of these worlds between the indoor and outdoor communities, we planned for the creation of postcards and maps – bringing in the elements of creativity from my previous hospital stays – for participants to draw on and write about their world. This exchange between the communities, we believed, would also help to foster a spirit of kindness between the two. However, due to the pandemic, we have as of the moment of writing, been unable to take it into the Children’s Hospital for safety reasons. This is something that we hope Create Sheffield will be able to facilitate with the Children’s Hospital once we depart from our internships.

We tested our Adventure on July 17th 2021 at the ‘Let’s Get Arty With A Bear Trail Party’ event at the Millennium Gallery. This event itself was actually a lot of fun, and thank you to everyone who came out and participated, we really appreciate your feedback! The test of the Adventure was particularly important for us as creators as it allowed us to figure out what needs to change, and how to incorporate these into physical actions.

So I wanted to share some of the key changes that we’re bringing to the Adventure in light of the feedback we received.

Everyone in society, no matter who they are, deserve a chance to create their own place in the world around them.

The biggest challenge with creating From My World to Yours has definitely been trying to engage imaginations in a meaningful way. For those groups who have not had the chance to experience placemaking, this was our way of trying to introduce them to what is, at least on the face of it, a complex theory. Everyone in society, no matter who they are, deserve a chance to create their own place in the world around them. I feel very fortunate that the Transforming and Activating Places programme has provided an opportunity for me to give something worthwhile back to the community that has already done so much for me. I also want to thank Create Sheffield for giving Chloe and I the opportunity to leave this with them as something for everyone to engage with.

As the Disney film ‘Up’ reminds us - adventure is out there!

Find out how you can write and create your own Sheffield Adventure.

Create Sheffield is our City's Cultural Education Partnership. We are supported by IVE, the Arts Council England Bridge Organisation for Yorkshire and the Humber

Send us your story